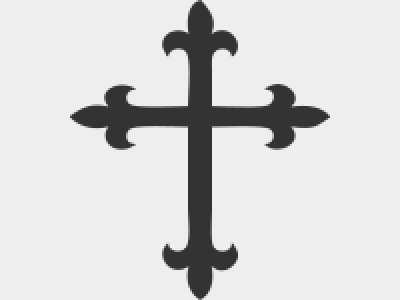 A 16th century prayer implored God: “From ghoulies and ghosties and long-leggedy beasties and things that go bump in the night, Good Lord, deliver us!”

Ritualistic abuse  (Tolerance website said this is not a thing, but we have a woman in Carthage who suffered such abuse as a young girl, and a Moody professor had it happen to his little girl at the hand of the babysitter)

Greta Alexander had a radio program where she would help people find things.  She got the sight after being struck by lightning.  My barber would brag on how Greta helped them find a lost family heirloom

A pastor in Iowa told about a girl in his church. She was trying to mix Christian commitment with rebellion. She conducted a witchcraft ritual in her home, believing it to be “naughty but harmless.” For months thereafter she would awaken at night to see a horrible, ugly creature staring her in the face.

St Augustine’s experiment on a prince and pauper born under the same star(same day and hour) but life was very, very different for the two.  The stars dictated prosperity for both, but such a life was not the experience of the pauper

Elevation of nature.  They will work curses and blessings.  Curses or blessing utilize Satanic power to manipulate the weak.  People who have shown interest in the occult or have become rebellious are vulnerable.

Harry Houdini obsessed over contact with his deceased mother.  He attended an untold number of seances in hopes of seeing her again.

One so-called expert said, “Frequently God will allow Christian loved ones to appear once, just after their death, to assure survivors that they are now made whole and in the presence of God. This is good and of God. But such appearances, when they happen, are singular occurrences. “  This is unbiblical and contradicts Heb 9:27  Satan will masquerade but always with detriment.  (cold, creepy, heartbreaking, obsession-forming)

Haunted houses (or anything)

The goal for Satan and his minions is always the same, keep people from God’s grace.

The Rev. Vernon Stoop, longtime executive director of Focus Renewal Ministries in the United Church of Christ, tells the story of a child who got nightmares every night. There was reportedly a “presence” in his room that frightened him. After he had been experiencing the trouble for a while, his parents, who were parishioners of Stoop’s, learned that séances had previously been conducted in their home.  Stoop says, “We subsequently prayed through every room in the house, with particular emphasis on the son’s room, praying in the Spirit.” The son never had a nightmare again.

Harold Hammond, pastor of The Chapel of the Shepherd’s Heart in Fairfax, Virginia, prayed for a medical missionary couple having unexplained problems. In prayer he discerned, “Egyptian gods.” The wife remembered they had brought home some “tourist trophies,” now packed away. “They retrieved them,” Hammond says, “and we prayed over these items to break any power and burned them. The problem went away.”

This same expert, “Many Spirit-filled pastors and Bible teachers throughout the church speculate that a third reason for unquietness in a place is the presence of the souls of unsaved people who died without being commended to the Lord.  They believe their souls are trapped here until someone tells them to go to God for their eternal fate. They’re not demons trying to harm us or spirits trying to enter into a relationship with us, but souls seeking our help to be freed from being trapped on earth.”  Again, this is unscriptural!!  However, it is justified with experience, the most common justification for heresy! “The truth is, as Pentecostals and charismatics we experience many things in our church services and supernaturally that are of God but are not spelled out in Scripture. Where do we find in Scripture, for example, the practice of having altar calls? What about the experience of receiving gold fillings in one’s teeth during a spiritual meeting?  Though we must not believe or practice anything that is forbidden in Scripture, many things that are of God are not specifically cited in His Word (see John 20:30). We must approach anything that Scripture neither mandates nor forbids with openness and humility.

Bishop Craig Bates of the Charismatic Episcopal Church gives an example of the latter, telling of former parishioners who saw an evil presence manifesting as a blue mist descending and ascending their staircase.The family had been into demonic board games. They rebuked the presence, and it left.

Can a Christian be possessed?

“When a Christian receives Christ as their personal Lord and Savior, the Holy Spirit enters that Christian’s body, soul and spirit.  God has claimed that person for his own and as a result, demons cannot occupy the same place as the Holy Spirit.”

Does Scripture say anywhere that demons were cast from a person’s soul?  Demonization (possession is not a NT word) seems to be a physical or mental control.  No one can ever own the soul except God.  God will determine the fate of each soul based on acceptance or rejection of Jesus.  Satan has no part in the judgement, except his own.  Demonization is simply the degree of power and control a person has given over to Satan.  Therefore, Demonization is a problem for all people rebellious of heart, Christian or not.  Luke 11:24-25 and Matt 12:43 seem to suggest a level of demonization whereby the demons live in the body, probably the case of the Gerasene demoniac.  In Mark 5:1-13 the story of the demon possessed man is interesting because Jesus sent the demons into the herd of pigs.  This would support the idea that a demon does not take possession of the soul, but the body because pigs don’t have souls.

The Holy Spirit literally dwells in us, and He will not tolerate the presence of an evil spirit. It is unbiblical and unimaginable that God would allow one of His precious children to be controlled by a demon, especially in light of the fact that He has bought them with His own blood       Compelling Truth

I certainly wish the above were true, but God allows us to make wrong choices and sometimes we make a great deal of very wrong choices.  1 Thess 5:19 tells us to quench not the Holy Spirit.  Would it also be unimaginable that God would allow Himself to ignored and rendered powerless?  Yet the word “quench” means to throw water on a fire to douse it.

When The Sorcerer’s Stone was selling off the shelves many Christian organizations condemned the book.  Most notably James Dobson and Focus on the Family.  But I read a counterpoint from a Christian mom who thought Harry Potter acceptable and wondered if Dobson had even read the book.   So, I read the novel.  It was typical of children’s fantasy, whimsical and thrilling.  I did not think it to be demonic or occultic.  One article had condemned JK Rowling’s use of real occult charms and spells.  Upon reading I found all the spells to be merely Latin verbs.  However, as the series added one volume after another the tone became darker and darker and filled with more and more death.  The final book held none of the whimsy of its predecessors, but played out themes of obsession, death, jealousy, and even despair.  Magic captivates children and many of the classic are filled with witches, dragons and fairies.  This is not demonic, but merely fantasy.  Telling your kids Cinderella or The Little Mermaid is demonic may be sending the wrong signal.  Monitoring your children’s reading or viewing for darkness and death is just good parenting.